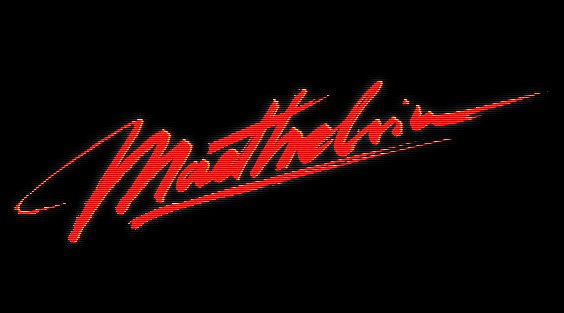 Yes, we were able to get an exclusive interview with one of our favorite members of the Valerie Collective; Maethelvin.

How did Maethevin start? Where do your origins lie?
The first time around it was only a joke with my friend David (College). I made a track, posted it on the Valerie Blog, and told him I found this strange artist (Maethelvin), who had made some tracks in the 80's, but nobody knows anything about him. I think he believed me for about one week, and after that I finally told him the truth.

What does Maethelvin mean? Is it French slang for something else?
Nobody has to know the truth about this ...

What would your top 3 musical influences be in regards to your music?
Jan Hammer, of course. One of the best musicians in regards to the use of digital sounds. I'm also listening to a lot of italo-disco stuff, from G. Moroder to Casco. And, on the other side, all the Detroit 'U.R.' stuff in general as well.

All time favorite dessert?
Cheesecake, but only when it's perfectly done.

All time favorite drink (alcoholic or regular)?
I love having a single shot of fresh pure vodka after a party.

Any new projects coming up soon? New EPs? New Albums? New singles?
I'm currently working on a release, but since playing music is not my main job, I'm quite slow. I have a bunch of new tracks already done, but I really want to make a nice full package. So it will take some time …

Explain a bit about your track "Delight". Have you considered vocals for your music or do you plan on sticking to music only?
I never work with vocals for my own tracks. As I am french, I don't want to sing with a terrible english accent, or asking to someone singing for me, this is not my main goal. I much more consider my music as a virtual soundtrack, so no vocals are needed to make this type of sounds. And I have nothing interesting to sing.

What interests do you have outside of music? Do you have other lines of work?
Back in the day, I was working for the automotive industry as a sound designer. I'm now working as a UX/UI designer for a big french company. I never wanted to work as a musician, just because I want to keep it fun, and never feel any kind of pressure about it.

You have a wonderful song called "My Favorite TV Show". However, I still don't know what it is. What is your all time favorite TV Show?
Quantum Leap! And it is still one of the best. Thank's Scott and Dean.

Any advice for newer synth artists?
Not really. The only advice I have to give, is to keep it fun, and not try to follow any pre-set musical standards or pre-shaped stuff. Test and play with all the synthesizers you can find ( analog, digital, good and crappy ones). Same for VST and Sequencers programs. You don't have to pay a lot to make good music. A basic synth and a cheap computer is enough to compose stuff if you are inspired!
Posted by Unknown at 19:53