We got the pleasure to sit down with the up and coming London based Electro artist Krista Papista who has been making waves with brilliant and thought provoking music and videos. 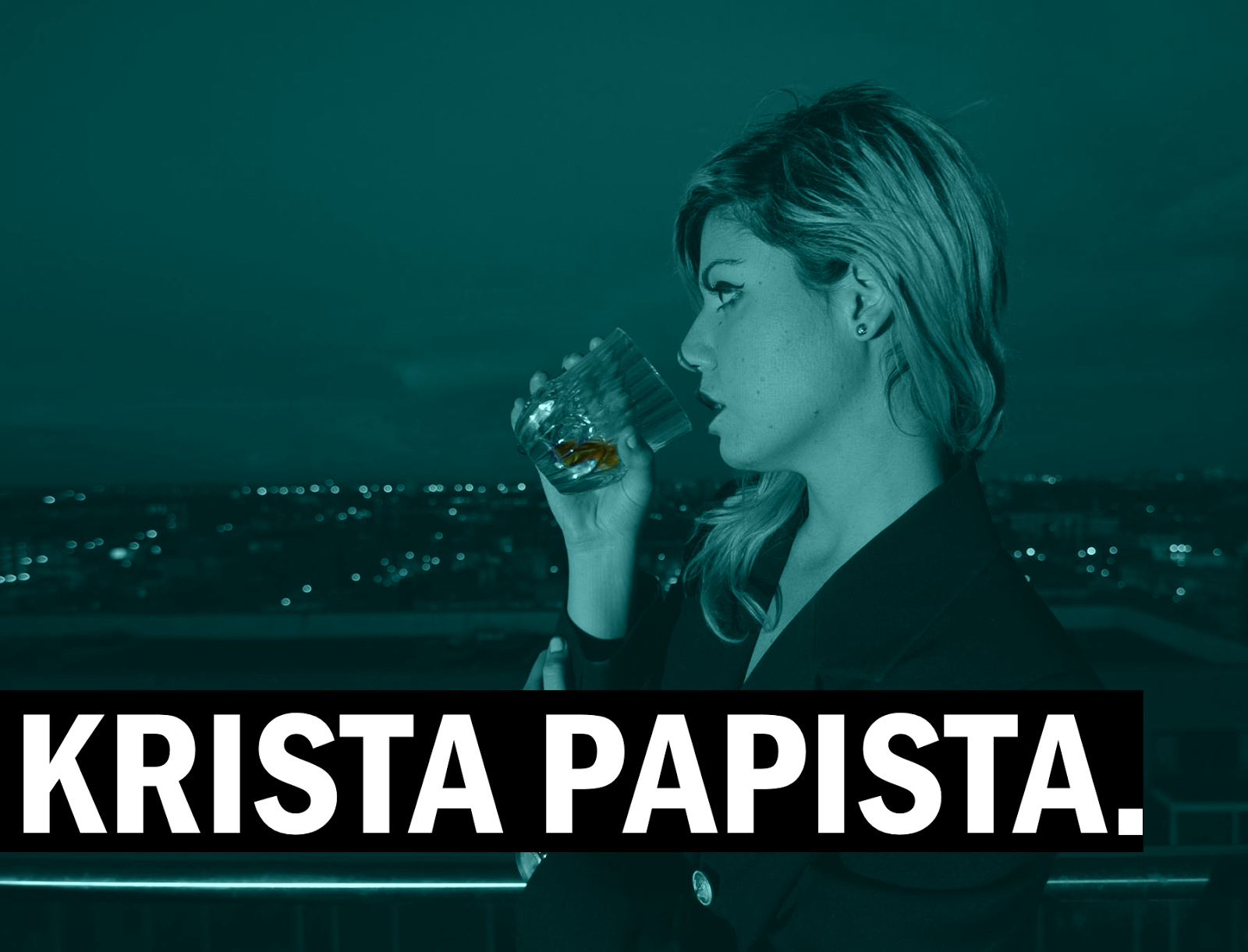 What Themes and Emotions do you attempt to encapsulate in your music?
It has become quite apparent to me that there are strong cultural beliefs and concerns in my work; I stand for Girl Power. I am fascinated by opposing natures co existing; humiliation and bravery, trash and chicness. Nourished by such themes my work has indeed an Apollonian and Dionysian nature. I write gloomy, melancholic lyrics with upbeat, club fuelled beats; I write angry, feminist lyrics with euphoric, pop, easy–to-get-hooked-on melodies.
How did you begin making music? What inspired you to do so?
I always used to get ridiculously obsessed with songs and artists I liked, or heroic characters I watched in movies. I’d record songs and listen to them over and over again and then I’ll spent most nights when I was a kid watching movies, so having this euphoric, strong appreciation for music and movies, naturally it evolved into being a musician/video artist. I started writing lyrics when I was around 12 years old, then started learning guitar at 14 so I can start composing proper songs and form an all girl punk band. Did that for a year then carried on making songs acoustically on own, at 18 I moved to London to study Performance art and digital media, I then started using electronic music software programmes so then my music started evolving & shaping electronically.

It seems as though there is a presence of social artistry in your work, would you like to speak more about this?
Yes that is very true. As I’ve mentioned above I do have very strong cultural concerns. I am a feminist and one of my concerns has always been the censoring of the female nipple. I grew up in a very sunny place, Cyprus and it always struck me and never made sense to me the fact that men can take their t-shirts off freely and women can’t; and if women do it seems that they are trying to convey something other than just feeling too warm. I just don’t understand this and I find it ridiculously primitive, even in modern cities women don’t feel comfortable with taking their tops off in the park, or walking around with no bra because somehow through civilisation women are convinced to feel ashamed of their nipples and hide them, I mean in New York you get arrested if you take your top off in the street, and men don’t, now that’s not equality is it? Or on instagram you are actually not aloud to show your nipples if you’re a woman but men can post endless photos of their nipples, I think that’s depressingly sexist. My next music video, which is called “Modern Girlhood”, will be focusing on this issue. You can get an idea of it with this video, it’s the first song until 02.22.  This video is part of the videography I produce for my live shows.

Who are your musical influences? Are there any scenes that influenced you in particular?
Some of my favourite artists are: David Bowie, Chet Baker, Cat Power, Morrissey, Maria Callas, L7, Erik Satie, Erasure, Elvis, Jamie Principle, Gary Numan, Johnee Mercer, Kate Bush, Francoise Hardy, Billie Holiday, Kraftwerk, Kathleen Hannah. What I found was the most influential scene for me was the “riot grrrl movement” and one of the most heroic acts I’ve ever witnessed in my life was the Pussy riot performance that took place in the church.

What are your thoughts on the modern music scene?
Modern music is just more complicated as it is influenced by so many different elements; old music, current music, history, nowness, there are numerous sources amplified in front of us, as we all use computers 24/7. I will always believe in music and I think modern music is exciting, there will always be someone interesting, it’s just that old music seems to get more sentimental in our hearts as the years go by, like early electronic music seems nostalgic to someone that went out in the 80’s, therefore a song from the 80’s has this power on that person, it takes them on a memory lane journey, everything feels stronger in that old 80’s song because the song got more meaningful through time as it is linked to many experiences.