Disco Unchained once again was given the opportunity to speak with one of our favorite synth producers! We managed to get a rather informative interview with the classic Arcade High. 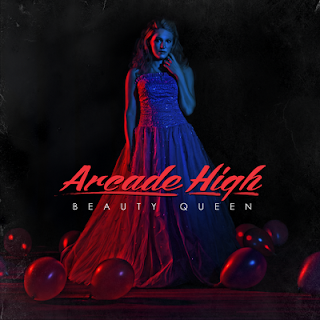 Shazeb: Alrighty then! Let's start with the basics! What got you into music?

Arcade High: My dad is a musician who plays in a handful of local bands so I grew up with music all around me. I started played guitar when I was 12, but in my teenage years could never establish any kind of consistent band due to lack of time and effort from other members. I suppose that's why electronic music really appealed to me. I started my electronic dabbling in late 2011 and established Arcade High in early 2012.


Shazeb: That's awesome! I started playing the guitar at 12 as well! Anyways, what would your top 3 favorite bands/groups of all time be?

Arcade High: That's an extremely difficult question, but if I had to give 3 of the most influential ones off the top of my head, I would say The Postal Service, Radiohead, and College.
Shazeb: That sir, deserves a high-five! All 3 are in my top favorites! College especially! Now, If you could change one thing about the music industry as a whole, what would it be?

Arcade High: I wouldn't know how to answer that question since I don't consider myself part of "the music industry" I'm just a guy making music in his spare time.
Shazeb: fair enough. So, what advice would you have for upcoming independent synth artists?

Arcade High: Don't be afraid to be yourself. I can't stress this enough. Write the song that only you would create, no matter what the outcome. Let your influences guide you, not control you. That's pure honest emotion, and people recognize that.
Shazeb: That sounds legit. And I agree completely, originality shows. Speaking of originality and shows, what is your favorite TV Show of all time?

Arcade High: Another really tough one. I'd say its a split between Twin Peaks and Breaking Bad, but for totally different reasons.
Shazeb: Breaking Bad is awesome! You got good taste! Now, in your opinion, what would be best D.A.W to use for nu disco/8 bit productions?

Arcade High: Honestly I've only used GarageBand and Logic to write my music, but I am a big fan of producing in Logic. For 8-bit stuff I've always done them in house so I could have maximum control since I have a strange blend of synth and chiptune inspired instruments, but I've been looking into trying LSDJ for a more genuine sound and feel.
Shazeb:  Its amazing just thinking of the awesome music people can make with the most minimal resources! Anywhoo, What would your all time favorite movie be?

Shazeb: Fuck yeah! Gotta love the classic. Okay, sow who would be the one person you look up to the most?

Arcade High: I don't have one particular person I look up to, but I would say I do look up to the producer Tycho, which I'll also add him as a fourth to that list of influential artists. He was one of the pioneers during my journey into the genre.

Shazeb: Fair enough! There's one last question i'm dying to know, and i'm sure a lot of people are too. Explain the song "crush." What inspired it? its absolutely beautiful, and I would very much like to know everything (you can manage ofcourse!) about it!

Arcade High: The story behind Crush is actually a long, but fascinating one. I'll try to be brief. Crush was the first electronic song I ever wrote. It was written in late 2011 for an 80s slasher film I was producing in film school. Maddie Ardillo, the singer / co-writer of the song, wanted to attach the lyrics to the films events in some way, while keeping the meaning of the song open to interpretation. The end of the film involved a deranged girlfriend killing off her last victim (her ex) by slitting both of their wrists and letting them bleed out. Although a gruesome scene, there was an odd calmness about it which made the song eerily fit. Crush can be interpreted as either a song about unrequited love or a song about sadomasochism.
Posted by Unknown at 07:00